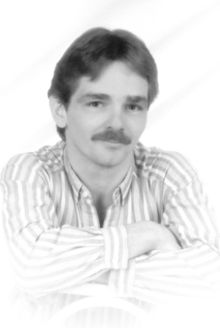 William "Bill" Bruce Johnson, 53, of Ward, Arkansas passed away Friday, December 18, 2015 at Baptist Health Medical Center in Little Rock. He was born in St. Louis, Missouri on August 6, 1962 to Susan (Mason) Johnson and the late Robert Johnson.
Bill was a wonderful man who loved his family. He loved the outdoors and was an avid hunter and fisherman.
Left to cherish Bill's memory is his wife of 19 years, Clarissa (Scharlott) Johnson; one daughter, Michele Mareschal of O'Fallon, Missouri; one son, Daniel Johnson (Whitney) of Humble, Texas; one grandson, Christian Mareschal; and his mother, Susan Johnson.
Bill was preceded in death by his father, Robert Johnson.
Visitation will be from 3:00-5:00 p.m. Sunday, December 20th at Searcy-McEuen Funeral Home.
A second Visitation will be held at House-Gregg Funeral Home from 1:00-2:00 p.m., Monday, December 21st.
Graveside services will be at 2:30 p.m. Monday, December 21st at Powhatan Cemetery.
All funeral arrangements have been entrusted to Searcy-McEuen Funeral Home.

To order memorial trees or send flowers to the family in memory of William "Bill" Bruce Johnson, please visit our flower store.