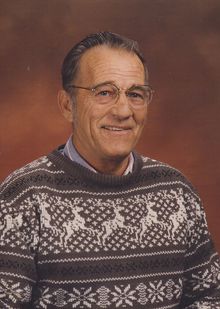 William "Bill" Clark, 75, of Hickory Flat, Arkansas passed away December 12, 2012 at his residence. He was born May 30, 1937 in Cartersville, Georgia to the late Floyd E. Clark and Ethel Collins Clark.
Bill was a member of Mt. Olive Church of God in Hickory Flat. He was a U.S. Army veteran and served during the Korean War. He loved to fish and hunt. He treasured his wife, children, grandchildren and great grandson and was loved by all who knew him. He will be greatly missed.
In addition to his parents, he was preceded in death by four brothers and one sister.
He is survived by his wife of 48 years, Darlene Clark of Hickory Flat; one son, Jerry William Clark (Lisa) of Rose Bud; one daughter, Jessica Darlene Clark (Kevin) of Ward; four grandchildren, Kalia Clark, Elizabeth Armstrong (Adam), Shaylece Pruett, and Brandon Clark; one great grandson, William Armstrong.

Visiting hours will be held Friday December 14th from 6-8 PM at the Searcy-McEuen Funeral Home.

Funeral Services will be held at 2 p.m. Saturday, December 15th at Mt. Olive Church of God with burial following at Olive Branch Cemetery in Hickory Flat.

To order memorial trees or send flowers to the family in memory of William "Bill" Clark, please visit our flower store.