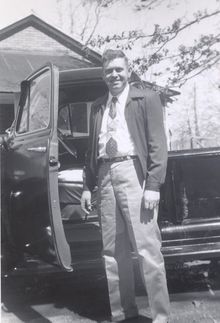 Mr. Baughn was a member of Crosby Church of Christ.

He was united in marriage to Arrah Baughn who preceded him in death December 4, 2010. Also preceding him in death was a grandson, Cody Smith; and one brother, Edwin Eugene Baughn.

To order memorial trees or send flowers to the family in memory of William A. Baughn, please visit our flower store.