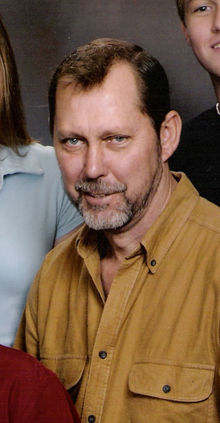 Vernon Darrell Poe, 59, of Letona passed away on Saturday, May 10, 2014. He was born on July 29, 1954 to Vernon C. "Cap" Poe and Helen Bell Poe in Searcy, Arkansas.
He was preceded in death by his parents and one sister, Jacquelyn Poe Riley.
He worked in the timber industry most of his life and was a co-owner of Poe Logging of Letona. He liked to ride four wheelers, jet skis and loved to go camping. He liked to take an annual trip to the sand dunes in Oklahoma. He was a very smart man and, an excellent mechanic. He treasured his time with his family. He was a loving husband, father, grandfather, brother and friend, who will be dearly missed.

Left to cherish his memory is his wife of 38 years, Diann Poe; one son, Nathan Poe of Conway; one daughter, Tiffany Reynolds (Anthony) of Floral; one sister, Linda Poe King (Larry) of Pangburn; two brothers, Ronald Poe (Sharon) of Pangburn, and Donald Poe (Carol) of Letona; one grandson, Jason Reynolds, who was the apple of his eye and numerous nieces, nephews and a host of other friends and family.

To order memorial trees or send flowers to the family in memory of Vernon Darrell Poe, please visit our flower store.