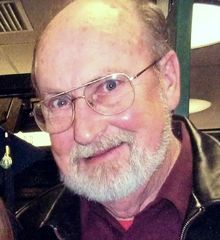 After serving our country in the Army during the Vietnam War, Mr. Peacock pursued several careers including owning a donut shop in Jacksonville, Arkansas and was an over the road truck driver. He was a one-of-a-kind person, and loved and cared for his family and friends.

In addition to his parents, he was preceded in death by his wife, Jane Anderson Peacock; one son, Thomas Anthony Peacock; two brothers, Winston and Leon Peacock; and two sisters, Catherine Perry and Dorothy Bramlett.

He is survived by one brother, Otheal Peacock and wife Louise of Bartlett, Tennessee; one sister, Lois Burchfield of Winona, Mississippi; and thirteen nieces and nephews, as well as a host of friends.

The visitation will be 12:00 p.m. Tuesday, October 16, 2012 at First Baptist Church in Pangburn until the Funeral Hour at 1:00 p.m. Burial will follow at Henderson Cemetery.

To order memorial trees or send flowers to the family in memory of Tony Peacock, please visit our flower store.