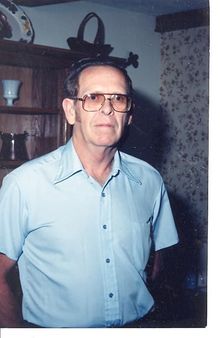 Vernon Woodle, 83, of Quitman passed away Sunday, November 08, 2015 at Searcy Health Care. He was born November 25, 1931 in West Point, Arkansas to the late Brady and Lillie (Green) Woodle.

Vernon was a deacon at Pleasant Grove Landmark Baptist Church in Griffithville until he moved to Quitman where he attended Sand Springs Baptist Church. Vernon retired from Kholer Stainless after 27 years. He was a loving husband, father, grandfather, great grandfather and friend who will be dearly missed.

In addition to his parents Vernon was preceded in death by one son, David Woodle; two brothers, Albert and Bud Woodle; and one sister, Sue Howard.

Funeral services will be held at 10:00 a.m. Thursday, November 12th at Searcy-McEuen Funeral Home.
Interment will be at West Point Cemetery

To order memorial trees or send flowers to the family in memory of Thomas Vernon Woodle, please visit our flower store.