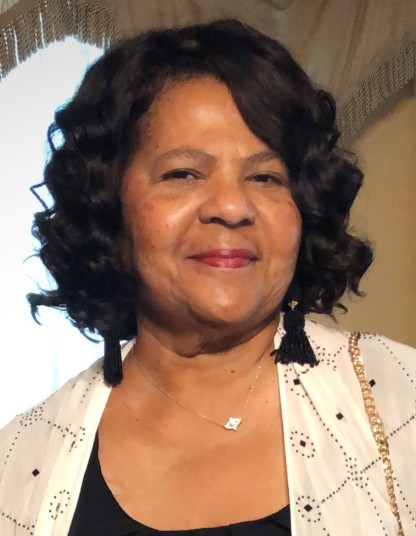 Sandra Kaye Robinson was the daughter of the late Willie “B” and Rubye Jean Webb.

After graduating from Searcy High School, Sandra Kaye
went on to attend both the University of Arkansas at Pine Bluff and University
of Central Arkansas pursuing a degree in physical therapy. While at UCA she
helped charter the Theta Mu chapter of Alpha Kappa Alpha Sorority Inc. After
the passing of her mother, she left UCA and returned to Searcy to assist with
family affairs.

Sandra Kaye married the love of her life, John Michael
“Mike” Robinson, on July 1, 1973. They were married forty six years and he was
right there holding her hand until her last breathe. Sandra Kaye worked as a
cashier/manager at Kroger for over forty years until she retired in 2018.

Sandra Kaye went by many names. Mommy, Nana, Nina, Momma
Kaye, Ms. Kaye, but most of all Aunt Kaye.She was loved and an inspiration to
many. Sandra Kaye was a faithful christian. She was the epitome of strength.
She was a three time cancer survivor and diabetic but you couldn’t tell if you
saw her. She always carried herself with grace, dignity, integrity and class.
Her resting face may have given you pause, but her smile and presence would
light up a room and she had a heart of gold. She was witty and if you knew her
you were privy to her quips. She loved her family more than life itself. She
was present and attentive to all needs. Her grandchildren never heard her say
the word “no”.

To order memorial trees or send flowers to the family in memory of Sandra Kaye Robinson, please visit our flower store.