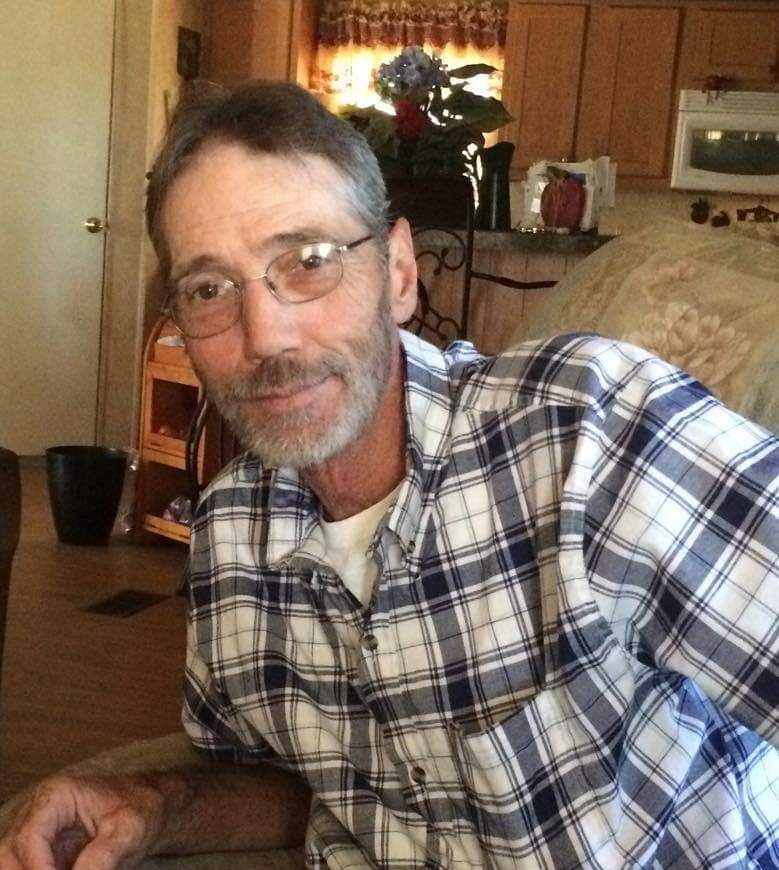 Roger Lee English was born shortly after Thanksgiving on November 28th in 1959 in Little Rock to the late Lonnie and Marie English.

On October 30th, 2022 at his home, Roger went to be with Jesus.
Roger spent his younger years playing and roughhousing with his 4 brothers up on Georgia Ridge which became popularly known as “English mountain”.
It’s where he and his brother Ronnie lived out their years and where 2 of his brothers continue to live.
As he got older, Roger became a truck driver by day for 10 years traveling across the United States, and a drummer for WT Hayes and the Wild Turkey Band by night.
On August 30th 1983, while out over the road on the truck, he became a proud daddy to Elizabeth Dawn. He fell in love with his baby girl the first time he laid eyes on her.
In 1997 while recovering from an accident that almost ended his life, he found his soulmate, Ame. Shortly after on July 18th in 1998, he would marry his sweetheart, where he gained two more children, Cody and Shawna.
The two set out against the world with their little ones right behind them. Adding to their tribe would be 2 granddaughters and 5 grandsons. His babies proudly called him “papaw”. They firmly believed Roger was the smartest, niftiest, funniest papaw in the world. All the grandkids knew if Mimi, mama or daddy said “no”, Papaw would always say “yes, baby”. He thought all kids should have a balanced diet which consisted of chocolate bars and sodas. The kids, of course, did not disagree.
Roger was an extremely talented man. He found peace in building gorgeous bird houses which he would sell all over the state. If you look in some of the antique shops in Branson, Missouri you will find several pieces of his work.
Later on while tinkering in his shop with horse shoes he found he could make just about anything he wanted with them. People all over the town would drop off their old horse shoes for Roger to turn into art.
Roger left behind his daughter Elizabeth (Tony) Garrett of Rosebud and Shawna Nichole of Hickory Ridge.
His son Cody Lathem of Greers Ferry.
His grandchildren Brayden, Dayton and Addisyn Morden, Masyn Puryear, Andrew and Olivia Garrett and Bennett Lathem.
His 3 brothers:
Ricky (Cynthia) English
Randy (Lisa) English,
and Robby (Laura) English all of Joy.
Along with an abundance of nieces, nephews, cousins, in-laws and so many dear friends.
As Roger walked into heaven, we have no doubt he was met with many hugs from his mama, daddy, brothers Ronnie and Eddie and his sweetheart, Ame.
Pallbearers:
Tony Garrett, Dennis English, Randy English, Jackie Moffitt, Dayton Morden and Dacus Armstrong.
Honorable Pallbearers:
Ricky English, Brayden Morden and Cody Lathem.
To order memorial trees or send flowers to the family in memory of Roger Lee English, please visit our flower store.