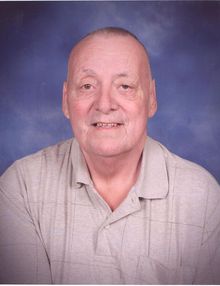 Robert Edwin Ostrom, 70, of Searcy, passed from this life Tuesday, October 29, 2013. He was born November 26, 1942 in Flint, Michigan to the late Roy and Catherine McFarlane Ostrom.
Mr. Ostrom was a U.S. Air Force Veteran and a member of St. Paul United Methodist Church in Searcy. Prior to his health failing, "Bob" as most called him was well known for his outgoing, boisterous personality and always having a smile.
In addition to his parents, he was preceded in death by a sister, Karen Owens; niece, Tina Neurohr; and brother-in-law, Richard Dupuis.
He is survived by his loving wife, Conni Williams Ostrom; four sons, Scott Ostrom and wife Leann of Saginaw, Michigan, Michael Ostrom of California, Allen Turner and wife January of Killeen, Texas, and Eric Turner and wife Heather of Jacksonville, Arkansas; three daughters, Terri Howell and husband Holden, Jodie Fisher and husband Todd of Dewitt, Michigan, and Bobbi Hejka and husband Andy of Canton, Michigan; seven grandchildren; and two sisters, Patricia Dupuis and Alma Neurohr.
Family and friends may visit 12:00 p.m. Saturday, November 2, 2013 at St. Paul United Methodist Church until the funeral hour at 2:00 p.m.
Interment with military honors will be 12:00 p.m. Tuesday, November 5, 2013 at the Arkansas State Veterans Cemetery in North Little Rock.
Lasting memorials may be made to St. Paul's United Methodist Church in Searcy or to the White County Cancer Center.

To order memorial trees or send flowers to the family in memory of Robert Edwin Ostrom, please visit our flower store.