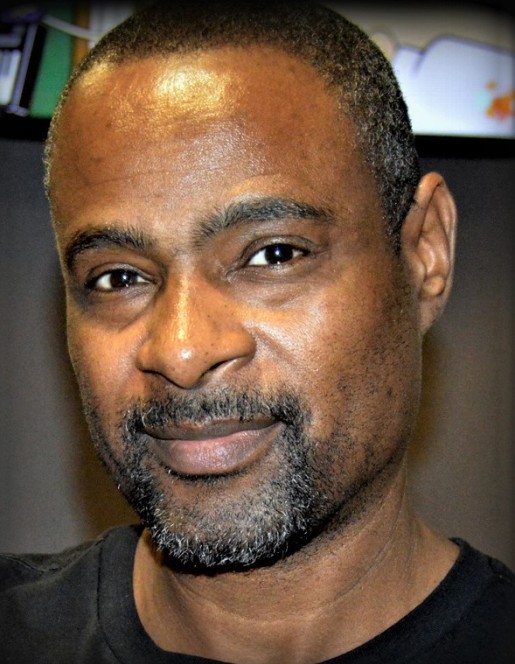 Robert was baptized at an early age while attending Downtown Church of Christ in Searcy, Arkansas.  Robert fondly recalled the times he spent riding the Joy Bus to church every Sunday and Wednesday with Mr. and Mrs. Napier.

Robert graduated from Kensett High School in 1990.  While attending Kensett, he played basketball, participated in track, and ran cross-country.  He won hundreds of ribbons and trophies over the years.  He was a true Blue Devil that loved his beloved coach and father figure, Howard Morris.

Robert immediately began working at Searcy Flooring in Doniphan after graduation.  He was able to work with his stepfather, Robert Decker, for many years.  He started working at Wal-Mart Distribution Center in 1994.  He worked almost 25 years at DC 6018.  There he met many people and made great life-long friends.

Robert loved every aspect of the game of basketball.   He loved to play basketball every Sunday at the Kensett gym, as he got older.  Robert especially loved being able to watch and follow his sons, nieces, and nephews to all of their ball games.  Robert helped run the chains at every Riverview football game on Friday nights. He enjoyed playing fantasy football against his friends and coworkers.  He loved his beloved Washington Redskins and talking trash with his friends about the Cowboys and Steelers.  Robert also spent a lot of time going fishing with his good friend, Bob Osmon.  Robert truly enjoyed grilling for his family and friends.  He had a certain way that he loved to grill and every thing had to be done his way to be delicious, and it was.  Other than watching sports on television, Robert kept his set on the Food Network, to find new ways to cook or grill something.  Robert’s favorite colors were burnt orange and light blue.  He loved to dress himself and his kids in those colors.  Robert took pride in loving and spoiling all the babies in the family.  He had a way with them all and they all loved him!  He would spoil them rotten with love, hugs, money, popsicles, candy, and especially to give them whatever the parents said no to.

To order memorial trees or send flowers to the family in memory of Robert Earl Lee, please visit our flower store.