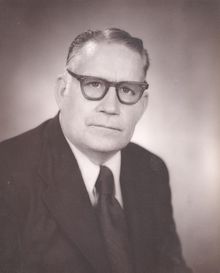 Robert James Hodshire, 86, of Pangburn passed away Sunday, August 18th at his home. He was born January 30, 1927 in Granite City, Illinois to the late Jackson Frank Hodshire and Alma Grace Wilson Hodshire.

He was a veteran of the U.S. Navy and served in WWII. He was a member of Union Grove Church at Pleasant Plains. In 1985, Alcoa announced the retirement of Robert Hodshire of Benton. Robert retired on April 1st from the Precipitation Department. Robert began his employment with Alcoa in 1952 and worked continuously with the company for 32 years. A native of Granite City, Illinois, Robert worked for one year in the Labor Pool Department and then worked 31 years in Alcoa's Precipitation Department. He was an avid fisherman and hunter, a loving husband, father, grandfather, great grandfather and great-great grandfather, and was loved by all who knew him. He will be greatly missed.

Visitation will be Tuesday, August 20th from 6pm-8pm at Searcy-McEuen Funeral Home.

Graveside services are 1:00 p.m. Wednesday, August 21st at Union Grove Cemetery in Pleasant Plains and will be under the direction of Searcy-McEuen Funeral Home.

To order memorial trees or send flowers to the family in memory of Robert James Hodshire, please visit our flower store.