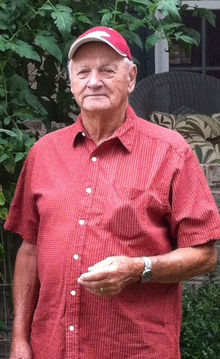 Raymond Marshall, 84, of Bradford passed away Tuesday, September 16, 2014 at his residence. He was born March 17, 1930 to the late Charles and Erma Sharp Marshall in Scottsboro, Alabama.

Raymond was a member of the Judsonia First Baptist Church. He was a United States Army Veteran having served in the Korean War. He retired from H.B. Fuller Company. Raymond was a loving husband, father, grandfather, great grandfather, brother, and friend. He will be dearly missed.

Visitation will be from 6-8 p.m. Friday, September 19, 2014 at Bald Knob Funeral Home. Funeral services are 2:00 p.m. Saturday, September 20, 2014 in the funeral home chapel with interment following at Goad Cemetery.
Share a Memory: www.BaldKnobFuneralHome.com

To order memorial trees or send flowers to the family in memory of Raymond Marshall, please visit our flower store.