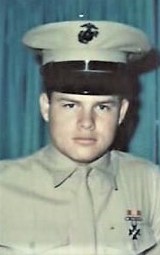 He is proceed in death by his father, Eugene Caraway and mother, Dorothy Champion Caraway, brother, Donald Caraway and sister, Shirley Caraway.

He was a Staff Sargent in United States Marine Corp and was an Aviation Electrician who served in the Vietnam War. He retired with a medical discharge. He was an Industrial Electrician by trade until he became ill. He loved to fish, hunt and spend time with grandkids. He loved the Lord.

To order memorial trees or send flowers to the family in memory of Phillip Eugene Caraway, please visit our flower store.