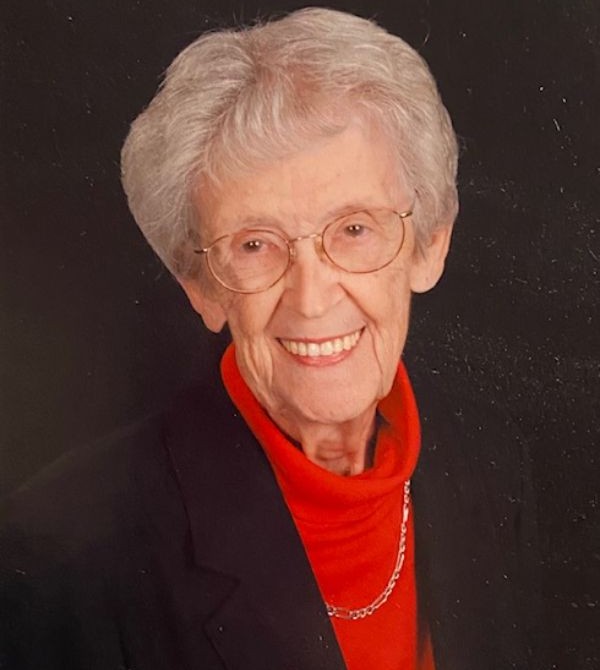 Patricia Ann (Burns) Tennille, 91, passed away October 27th in Little Rock, Arkansas, after a six-year battle with Alzheimer’s. She was born October 16, 1930, to the late Arthur and Stella Burns in Kingfisher, Oklahoma.

While working as a civilian on Vance Air Force Base in Enid, Oklahoma, Patricia met and married her husband of 60 years, Dr. Aubrey Wayne Tennille. Life took them from Oklahoma, Florida, Georgia, and later to Arkansas. After raising her family, she decided to go to college and earned her degree in Radio and Television from Arkansas State University, graduating Magna Cum Laude in 1984. She was a member of First Baptist Church in Searcy, Arkansas. She was a loving wife, mother, grandmother, great grandmother, and friend who will be greatly missed.
Predeceasing her in death are her parents, brother, husband, and two infant daughters. Survivors include daughters and sons-in-law Deborah and Wayne Riley of Little Rock, AR, and Rosemary and Jim Haynes of Port St. Joe, FL. Grandchildren are Chris Riley, Matthew Riley, Autumn Haynes Chason, Anna Haynes Bamburg, Austin Haynes, and great granddaughter, Shiloh Cloud Chason.
The family wishes to extend their gratitude to her hospice nurse, Delneta, and the staff at House of Three.
Graveside services will be Saturday, November 6th starting at 2:30 PM at Weir Cemetery, 3155 Hwy 267 South, McRae, Arkansas 72102, under the direction of Searcy McEuen Funeral Home.
All Funeral arrangements have been entrusted to Searcy McEuen Funeral Home.
Share A Memory: www.SearcyMcEuenFuneralHome.com

To order memorial trees or send flowers to the family in memory of Patricia Ann Tennille, please visit our flower store.