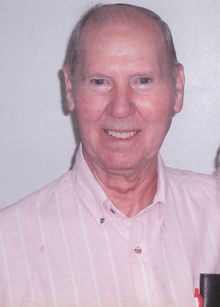 Olden, known by his family and friends as "O.V.", was a devoted husband, father, and grandfather. He was a strong Christian and was a member of the West Side Church of Christ in Searcy. He was a friend to all who met him and was always eager to help them in any way he could.

While serving our country in the Navy during WWII, he married his late wife Reva Arlene Brewer on October 10, 1944. Of this marriage, they had four children; Olden Brewer Jr., Dale Brewer and wife Pat, Carol Heely and husband Mick, and Bonnie Brewer. On December 2, 2006, he married Kathleen Harrison Brewer, she survives. Kathleen had four children, Anita Lowery and husband Rob, Teressa Steward and husband David, Melissa Williams, and Tony English whom O.V. loved and cherished as his own. He is also survived by five grandchildren, Luanne Walker, Michael Brewer and wife Shannon, Nova Charle and husband Don, Brian Brewer, and Loren Brewer and wife Kim; and seven great-grandchildren.

In addition to his parents and first wife, he was preceded in death by one son, Olden Brewer Jr., four brothers and four sisters.

To order memorial trees or send flowers to the family in memory of Olden Brewer, please visit our flower store.