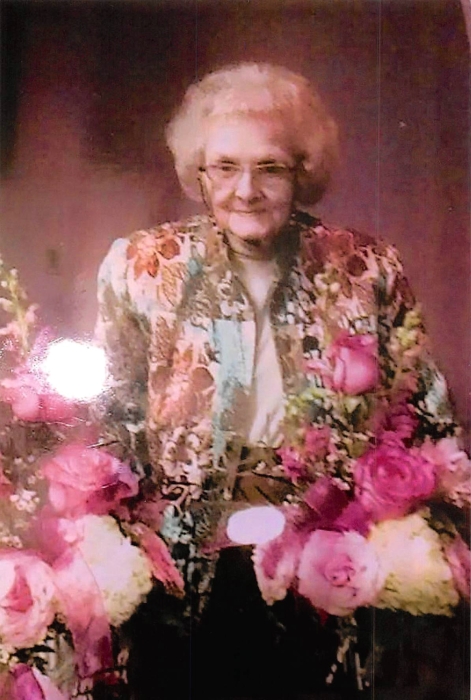 Odean Smithey, of Searcy, Arkansas, passed from this life to be with her Savior on Monday, January 18, 2021 at the Crossing at Riverside nursing home. She was 91 years old at her passing.

Odean was born in Rison, Arkansas, on April 22, 1929, to Otis and Gurthy Vermillion.  She was the second of three daughters.  Her sisters, Vibelle and Lenora both preceded her in death. She graduated from Griffithville High School at the age of 17 and moved to work in Little Rock.  On May 23, 1952, Odean married Clovis Malcom (C.M.) Smithey.  After living briefly in Illinois and Louisiana, Odean and C.M. lived the rest of their lives in the Searcy area.  He preceded her in death on April 16, 2016.

For many years, Odean worked at the International Shoe Company as the assistant upper leather clerk.  In her later years, she was successful as an Avon sales lady and often was a member of  Avon's President's Club.  At the age of 61, she began her final career as a telemetry technician.  She continued as a telemetry technician for 23 years until retiring from the White County Medical Center at the age of 84. She is credited with saving the lives of many people who were in intensive care.

Odean is also survived by C. M.'s sister, Ruth Webber of Searcy and many nieces and nephews from both her and C. M.'s families.

Visitation will be from 5:00 - 7:00 PM Thursday, January 21st at Searcy McEuen Funeral, 2616 South Main, Searcy, Arkansas.  Graveside services will be held at 10:00 AM on Friday, January 22nd at the Harmony Community Cemetery across from the Harmony Methodist Church on Highway 305.

To order memorial trees or send flowers to the family in memory of Odean Smithey, please visit our flower store.