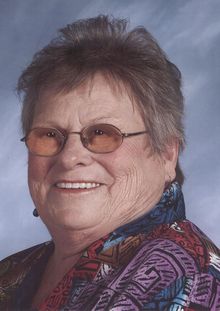 Mrs. Kaylor was a loving individual; always put others before herself. Although her body was stricken with ailments; she never complained, and kept thanking God every day. When her health would let her, she loved to spend time in her garden and with her grandchildren.

In addition to her parents, she was preceded in death by two brothers, Doyne and Robert Clay; and one sister, Vannah Oakley.

Funeral services will be conducted 2:00 p.m. Sunday, March 18, 2012 in the Searcy-McEuen Funeral Home Chapel with interment following at Mt. Hebron Cemetery in Joy.

To order memorial trees or send flowers to the family in memory of Mary Alice Kaylor, please visit our flower store.