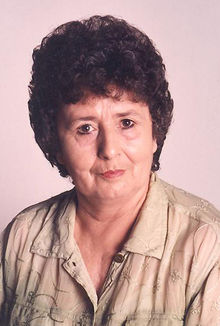 Margie W. McKinney, 73, of Searcy passed away Thursday, December 18th at White County Medical Center. She was born August 20, 1941 in Albion, Arkansas to the late Harry and Avis (Moore) Meachum.
Margie was a wonderful mother, grandmother, and great grandmother. She lived for her family cherishing every moment with them. Margie was a person to always speak her mind. She was a hard worker and a great cook.
Left to cherish her memory is her two sons, Dale McKinney and Jerry McKinney both of Searcy; two daughters, Sondra Blankenship (Bobby) of Judsonia and Kimberley Turner of Searcy; one brother, Voris Meachum of Columbus, Ohio; two sisters, Donna Howell of Judsonia and Patricia Haile (Michael C.) of Greenbrier; three grandchildren, Allen Hoofman, Ashley King, and Ethan Turner; and two great grandchildren, Breenan King and Mylah Hoofman.
In addition to her parents she was preceded in death by her husband, Leslie McKinney.

Visitation will be from 1:00-2:00 p.m. Sunday, December 21st at Searcy-McEuen Funeral Home with the funeral service immediately following at 2:00 p.m. in the funeral home chapel. Interment will be at Mt. Pisgah Cemetery in Searcy.
Share a Memory: www.SearcyMcEuenFuneralHome.com

To order memorial trees or send flowers to the family in memory of Margie Wayne McKinney, please visit our flower store.