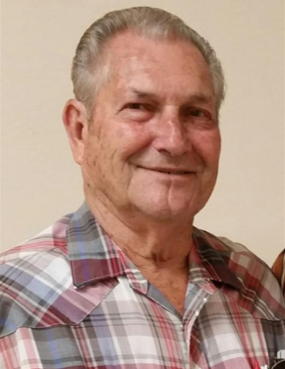 Manuel was born to the late Earl Marven Ford and Gladys (Holland) Ford on October 10, 1938, in Balch, Arkansas and was the beloved husband of Janet (McKinnon) Ford for 59 ½ years, marrying on February 19, 1959.

Manuel provided 56 years of loyal service to the Searcy School District, beginning in 1964, as Assistant Food Director and a devoted school bus driver. He played the drums and his love of music led him to meet the love of his life, Janet.  He greatly enjoyed camping, especially at Treasure Lake RV Resort in Branson, MO, and in various locations in Texas, with Janet always by his side. One of his greatest joys was farming and raising sheep and goats. The care and attention he paid to his family was most certainly echoed in the tenderness with which he cared for his flock. He was unquestionably a shepherd of his flock and of his family. He was a farmer who worked hard, a breadwinner who provided, a husband who loved his wife, a father who loved his children, and a friend whose smile and generosity touched the lives of all who knew him.

Manuel was of the Christian faith and was a member of the Four Mile Hill Church of Christ.

He was preceded in death by his parents; wife, Janet; and grandson, Jonathan Cox.

To order memorial trees or send flowers to the family in memory of Manuel Ford, please visit our flower store.