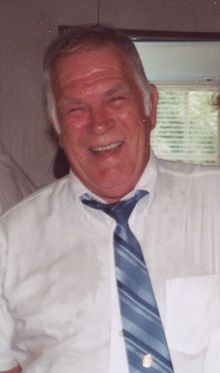 Loren Clifford Robertson, 76, of Searcy, died December 26, 2012. He was born July 16, 1936 in Muskogee, Oklahoma to the late Charlie Robertson and Gola Spradling.

Mr. Robertson was a dedicated Native American. He was very proud of his heritage. He was also a proud Army Veteran; having served one tour in Korea and three tours in Vietnam, he then retired after 22 years of service.

In addition to his parents, he was preceded in death by one wife, Peggy Taylor Robertson; a step mother, Ruby Robertson; one brother, Russell Robertson; and one sister, Lavon Robertson.

To order memorial trees or send flowers to the family in memory of Loren Clifford Robertson, please visit our flower store.