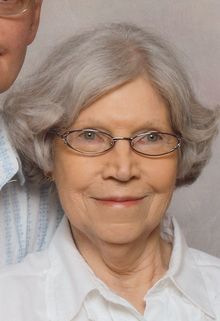 Lavern Mashburn, 73, of Searcy passed away Sunday, May 24, 2015 at her residence. She was born September 10, 1941 in Melbourne, Arkansas to the late Frank and Jessie (Payne) Lawrence.
Laverne was a member of College Church of Christ. She loved children and enjoyed working at the daycare. Laverne also helped with the preschool kids during Thursday School which was held at College Church of Christ. She enjoyed the outdoors and watching the wildlife. Her favorite time however was when she was with her grandchildren. They were the apple of her eye. Lavern was a loving wife, mother, grandmother, great grandmother and friend who will be dearly missed.

In addition to her parents Lavern was preceded in death by two brothers, Dorlise and James Lawrence.

To order memorial trees or send flowers to the family in memory of Lavern Mashburn, please visit our flower store.