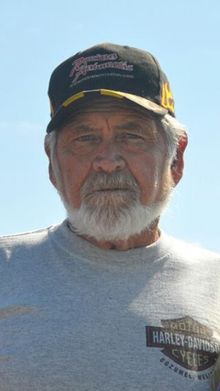 Larry Wayne Walker, 65, died Tuesday, June 18, 2013 at his home in Kensett, Arkansas. He was born December 21, 1947 to the late Virgile Lee Walker and Gurture Yarberry Walker in Bradford, Arkansas.
He was a member of the Bradford Assembly of God Church. He was an avid fisherman and hunter and loved to spend time with his grandchildren.
In addition to his parents he was preceded in death by his wife, Linda Faye Walker and one daughter, Kristie Walker.
He is survived by two daughters, Jonnie Wise of Oklahoma City, Oklahoma, and Yvonne Eskue (Don) of Denison, Texas; five brothers, Calvin, Gary, Tommy, Cecil, and Troy Walker; two sisters, Brenda Walker of Bald Knob and Linda Hawkins; four grandchildren, Tiffany, Tara, Nicole, and J.T.

To order memorial trees or send flowers to the family in memory of Larry Wayne Walker, please visit our flower store.