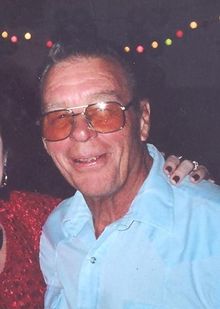 Junior Houston, 81, of Searcy passed away Friday, February 12th at St. Vincent's Hospital in Little Rock, Arkansas. He was born March 31, 1934 in Center Hill, Arkansas to the late Arnold and Della (Sparrow) Houston.

Junior retired from Dana Corporation after 25 years of service. Afterwards he started Houston Excavating in Pennsylvania which he operator for several more years before finally retiring and moving home to Pangburn. Junior loved to go dancing and to travel. He traveled the countryside in his RV on many occasions.

In addition to his parents Junior was preceded in death by one daughter, Brenda Griffith; four brothers, Wayne, Doyle, Jerry Houston and Dale Wright; one sister, Lynn Houston.

To order memorial trees or send flowers to the family in memory of Junior Houston, please visit our flower store.