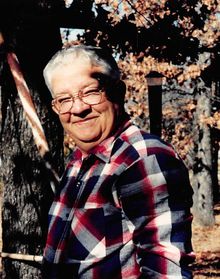 John Gilbert Stringfellow, 83, of Searcy, passed from this earthly life on Tuesday, August 9th at Unity Health. He was born in Memphis, Tennessee on November 21, 1932 to the late Sam and Mattie (Cozart) Stringfellow.

John was a United States Air Force Veteran and served in Vietnam. He retired as a Chief Master Sergeant with 23 years of service. John was of the Baptist faith.

John is survived by one son, Michael Stringfellow (Lori) of Newnan, Georgia; two daughters, Patricia Oakley (Tracy) of Cabot, Arkansas and Brenda Chalcroft (Bryn) of Beebe, Arkansas; 6 grandchildren, Nathan, Andy, Brandon, Rebecca, Heather and Shelby; and two great grandchildren, Skylar and Kaston; and one brother, Jimmy Stringfellow of Forest City, Arkansas.
In addition to his parents, John was preceded in death by his wife of 50 years, Jacqueline Stringfellow; one son, Matthew Stringfellow, one brother and three sisters.

Visitation will be 6:00-7:00 p.m. on Thursday, August 11th at Searcy McEuen Funeral Home. Graveside services will be held at 10:00 a.m. on Friday, August 12th, at White County Memorial Gardens.

All funeral arrangements have been entrusted to Searcy-McEuen Funeral Home.
Share a Memory: www.SearcyMcEuenFuneralHome.com

To order memorial trees or send flowers to the family in memory of John Gilbert Stringfellow, please visit our flower store.