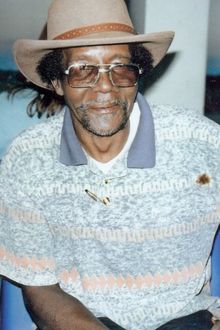 Joel Londell Turner, 78 of Searcy, passed away March 18, 2012 at White County Medical Center. Mr. Turner was born September 3, 1933 in Searcy. He was one of five children born to Jessie and Patience Turner.

Mr. Turner was a loving husband, father, grandfather and great-grandfather. He was a member of Christ Temple Holiness Church. He loved to sing and all who knew him lovingly called him "DaddyRab." He will be missed by all who knew him.

In addition to his grandparents and parents, he was preceded in death by three of his siblings. Brother: Noel Turner, and Sisters: Violna Gates and Syviceie Dockens.

Visiting hours will be held Friday March 23rd from 6-8 PM at the Searcy-McEuen Funeral Home.

To order memorial trees or send flowers to the family in memory of Joel Londell Turner, please visit our flower store.