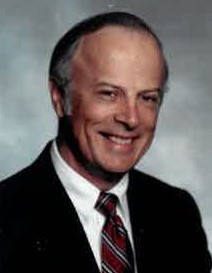 Jimmy Allen, 90, of Searcy, Arkansas, died on August 5, 2020, at Christian Care Center in Mesquite, Texas.  He was born on April 16, 1930, in Little Rock, Arkansas, to J. O. Goff and Gertrude Tucker.  He was a gospel preacher for more than 60 years, taught Bible and Church History at Harding University for 50 years (1959-2009), authored 13 books, and preached in 42 states and 7 countries around the world.  In 1948, he was discharged from the Army with the rank of Staff Sergeant.  He graduated from Harding College with a degree in Bible in 1952, and received an MRE degree in Bible in 1959, from Harding’s graduate school in Memphis, Tennessee.  He was the recipient of two honorary doctorate degrees from Oklahoma Christian University in Oklahoma City, Oklahoma, and Harding.

Dr. Allen was preceded in death by his wife, Marilyn, of 63 years.  He is survived by his three children:  Cindy Payne (Jeff) of Garland, Texas; Jimmy H. Allen (Anita) of North Smithfield, Rhode Island; and Mike Allen (Cheryl) of Vienna, Virginia.  He has seven grandchildren, four great-grandchildren and two great-grandchildren soon to be born.

A Memorial Service will be held at the College Church of Christ on Tuesday, August 11, at 3:00 pm. (livestreaming available at collegechurchofchrist.org, “Facebook Live”).  Covid regulations will be followed at the service.  In lieu of flowers, donations in Jimmy’s memory can be sent to “Jimmy and Marilyn Allen Bible Scholarships” at Harding University, HU Box 12238, Searcy, Arkansas 72149.

To order memorial trees or send flowers to the family in memory of Jimmy Allen, please visit our flower store.