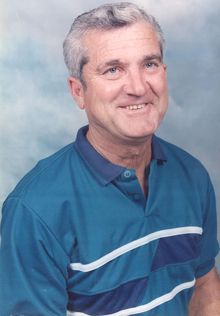 Jim was faithful yet non denominational. He was a loving husband, father and papa. He loved spending time with his grandchildren and B.J. his dog. Jim owned his own business and was a well respected builder in the area. Jim also loved dancing with his wife.

Jim is survived by his wife of 50 years, Blanche; one daughter, Tammy Galloway (Tommy) of Garner; two sisters, Rhonda Rutledge of Pearland, Texas and Margaret Baum of Princeton, Texas; and one grandchild, Jordan Galloway and boyfriend Ryan Elmgren.

In addition to his parents, Jim was preceded in death by two brothers, Donnie Lawson and Leland Lawson; and one grandson, Logan Galloway.

Funeral services will be held at 10:00 a.m. Friday, January 15th, at Searcy-McEuen Funeral Home, with burial following at Garner Cemetery.

To order memorial trees or send flowers to the family in memory of Jim Lawson, please visit our flower store.