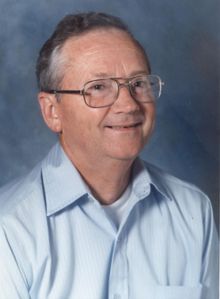 Jack Clifton Meredith, 84, of Searcy passed away Tuesday, February 24, 2015 at St. Vincent's Hospital. He was born November 5, 1930 to the late Duward and Julia (Ferguson) Meredith in Independence, Mississippi.

Jack was a member of the Letona Church of Christ. He was a missionary preacher to Puerto Rico for 7 years and he also preached for 58 years.
Jack is survived by his wife of 54 years, Sharon "Susie" Meredith of Searcy; one son, Michael Meredith (Ivy) of Wynne, Arkansas; one daughter, Lolita Smith (Scott) of Judsonia, Arkansas; one brother, Don Meredith (Evelyn) of Memphis, Tennessee; seven grandchildren, Monica, Craig, Micaiah, Jared, Sage, Summer, and Leif; and two great grandchildren.
In addition to his parents Jack was preceded in death by one sister, Ruth Myers.

To order memorial trees or send flowers to the family in memory of Jack Clifton Meredith, please visit our flower store.