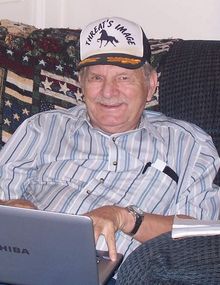 In addition to his parents Jack was preceded in death by his wife, Mary Martin; two brothers and two sisters.

Graveside services will be held at 2:00 p.m. Wednesday, November 30th at Evergreen Cemetery in Judsonia, Arkansas under the direction of Searcy-McEuen Funeral Home.

To order memorial trees or send flowers to the family in memory of Jack Howard Martin, please visit our flower store.