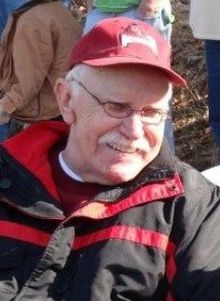 George Gordon Quattlebaum surrounded by his loving family on Saturday November 23, 2013 left this earth to take his place in heaven along side his savior Jesus Christ and all those that have gone on before him. He was born January 31, 1929 in Joy Arkansas to George Washington and Frankie Lee Moats Quattlebaum.
George's love for travel started many years ago which took him to a town in Michigan where he met his wife Lillian. From this union, 4 children were born, Gordon Dwayne Quattlebaum, Linda Lee Davis (Allen), Kenneth Wade (Renee) Quattlebaum, Paula Marie (Doug) Gilbert all of Searcy; 12 grandchildren and 21 great grandchildren. George was always counting how many kids there were and praying for more! He would often in a loving and fun filled way refer to their children as the "mess" me and Lil started a long time ago. But in reality all the children were the most important thing in his life and as he referred to them as "him and Lil's greatest accomplishments".
George was preceded in death by his wife of 51 years Lillian Mae, his parents George and Frankie Lee Quattlebaum, 2 brothers Sidney and Rufas Quattlebaum and a sister Margaret Cooper and 1 great grandchild Mandy Jo Davis.
Visiting hours are 6-8 p.m. Tuesday, November 26 at Searcy-McEuen Funeral Home. Funeral services are 10:00 a.m. Wednesday, November 27 in the funeral home chapel with cremation following. Final interment with his wife will be at Mt. Hebron Cemetery.

To order memorial trees or send flowers to the family in memory of George G. Quattlebaum, please visit our flower store.