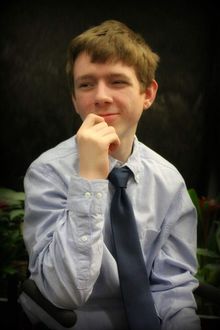 Alex was a fun loving young man who would always make you smile. His smile was contagious! He was a huge wrestling fan. Dashing Alex Shoffner "The Champ" would often quote his favorite wrestlers. Saying "Never Give Up", "I Am Perfection," "Hustle, Loyalty, and Respect". His family and friends would often refer to him as "Big Al". Alex was a big flirt, a ladies man. He was never to be found without his cologne. He loved and was loved by so many. Alex was loved by all who knew him and will be dearly missed. Alex, we love you the mostest!

To order memorial trees or send flowers to the family in memory of Ethan Alexander Shoffner, please visit our flower store.