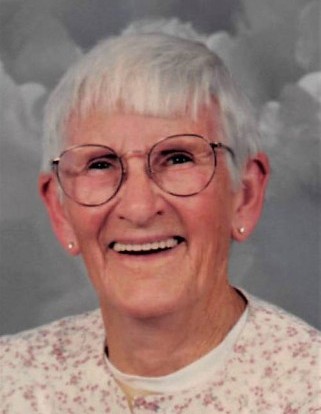 Esther Mae (Stark) Castor, 95, of Pangburn, AR passed from her earthly life on December 7, 2019 at her home in the Hickory Flat community surrounded by part of her loving family.  She was born May 15, 1924 in the Miller community of Cleburne County to the late Jesse Richard Stark and Ida (DeFoor) Stark.

Esther was raised in a loving Christian home and attended various churches nearby.  She was saved and baptized while attending one of these area churches during her teenage years.  She lived her entire life quietly serving her Lord.

As a child growing up during the depression years, Esther learned early in life the meaning of hard work.  Her father passed away when she was in her early teens and she stepped up to help her mother work on the family farm along with her older and two younger sisters.  In order to attend high school, she moved into a boarding house in Heber Springs so she could complete her education.  Upon her graduation in 1944, she moved to Memphis, TN along with her sister, Kathryn, and went to work.  It was here where she met the love of her life, Leonard Castor.  After their marriage in 1946, they bought the “rocky hilltop farm” at Hickory Flat and settled down to raise a family.  There were many hardships along the way, but Esther leaned on her faith in the Lord and quietly faced each challenge.

To order memorial trees or send flowers to the family in memory of Esther Mae Castor, please visit our flower store.