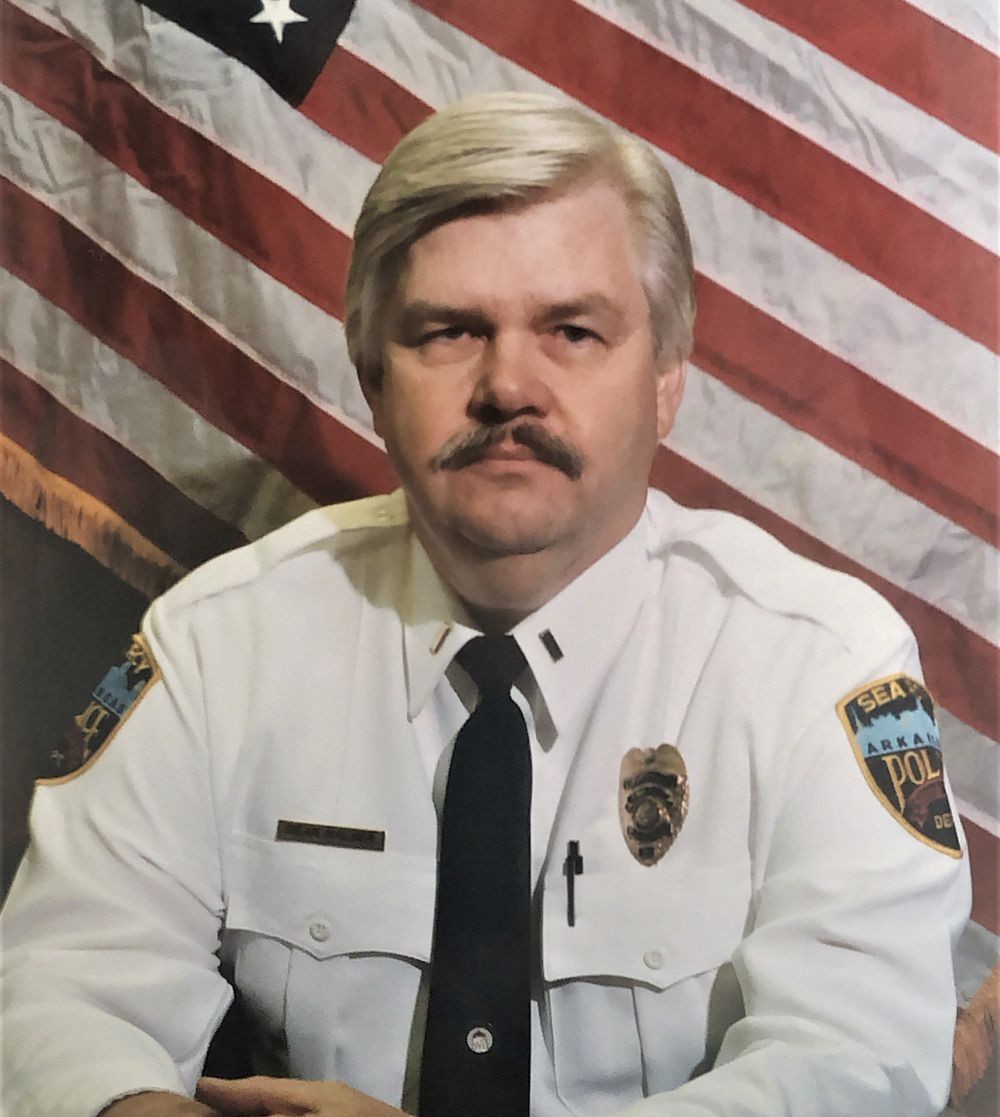 Ernest Dean Walker, 75, of Searcy passed away Friday, December 10th at his home surrounded by his loving family. He was born August 13, 1946, in Searcy, Arkansas to the late Ernest and Frances (Webber) Walker.

Dean joined the United States Marine Corp. right out of high school. He served as a Marine from 1964-1968. After leaving the Marines, Dean joined the United States Navy in 1969-1976 and served two tours in Vietnam. He had a bachelor’s degree in management. Dean joined the Searcy Police Department in 1983 and retired as a Searcy Police Lieutenant in 2004. He was a member of the Scottish Rite of Free Masonry and of the White County Historical Society. Dean was an avid genealogist and had traced his ancestry back for centuries. He was a member of the Searcy Ward of The Church of Jesus Christ of Latter-Day Saints.
Left to cherish his memory are his four daughters, Debbie Dye (Horace) of Memphis, Tennessee, Sherri Parish (Steve) of Cabot, Arkansas, Rhonda Jenkins (Michael) of Floyd, Arkansas, and Jennifer Johnson (Chuck) of Cabot, Arkansas; ten grandchildren, eleven great-grandchildren; and one sister, Brenda Hartsfield (Tom) of Pangburn, Arkansas.
In addition to his parents, Dean was preceded in death by his wife, Ollie Jane (Harris) Walker.
Memorial services will be held at 10:00 AM, Thursday, December 16th at Searcy McEuen Funeral Home.
There will be a private family burial at Dogwood Cemetery.
All Funeral arrangements have been entrusted to Searcy McEuen Funeral Home.
Share A Memory: www.SearcyMcEuenFuneralHome.com

To order memorial trees or send flowers to the family in memory of Dean Walker, please visit our flower store.