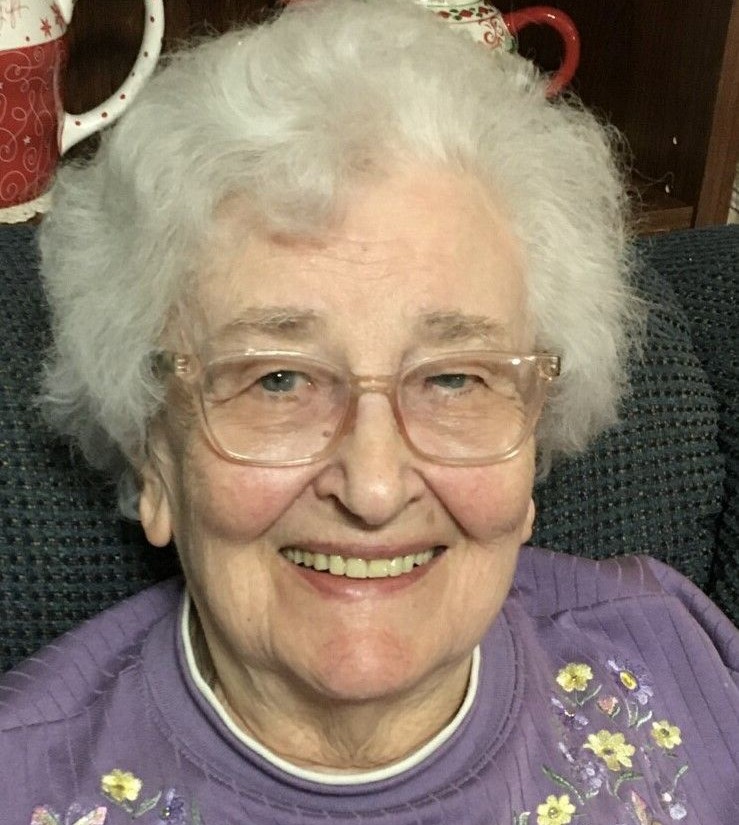 On June 18, 1953, Elnora was wed to Rev. Bryan L. Beaty at the Washington United Methodist Church of Mode, Illinois where she had been an active member since childhood.

Throughout her lifetime, she was employed by several different companies as a secretary, bookkeeper, manager, and retail clerk.  But her most passionate love was working beside her companion in ministry and raising her children.

At the age of 65, she moved to Searcy, Arkansas, and began working as the church secretary and missionary president for the Searcy Church of the Nazarene where she served for over 20 years. She was loved by many who chose not to call her Mrs. Beaty but “Mom Beaty”, “Grandma Elnora” or “Grandma Beaty”.

Visitation will be Thursday, March 10th, from 5:00 p.m. until the time of service at 6:30 p.m. at the Searcy Church of the Nazarene.  Pastor Randall Beaty will bring the funeral message.

Graveside service will be Saturday, March 12th, at 10:00 a.m. at Mount Carmel Cemetery near Shelbyville, IL.

To order memorial trees or send flowers to the family in memory of Elnora Beaty, please visit our flower store.