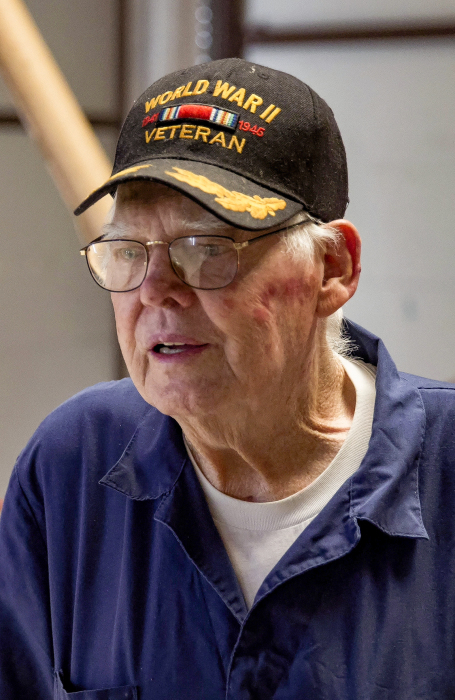 The family moved to Woodruff County, Ark., in the early 1930s, where Elmo stayed until he joined the Civilian Conservation Corps. In 1941, he began working on his A&P (airframe and power plant) certification at the Shelby County School of Aeronautics in Whitehaven, Tenn., and was accepted in to civil service. In 1942 he moved to Brookley Field in Mobile, Ala., to continue his training. He joined the U.S. Navy in 1943 and served until discharged in 1946.

In 1948, he and two friends traveled to Alaska, where he spent the summer working as a brakeman for the Alaskan Railroad. In 1951, he was hired by Trans World Airlines in Kansas City and in 1953 the company moved him to Jeddah, Saudi Arabia, where he oversaw maintenance operations on the planes TWA provided to the Saudi Arabian Airlines. He spent four years in Saudi Arabia before returning to Arkansas. He started working for Saudi Arabian Airlines again in 1965.

The family returned to Arkansas in 1973 and shortly after Elmo was named the manager of the Searcy Municipal Airport, where he spent the next 18 years building a strong aviation presence that included an aircraft maintenance shop and plane rental operation where many people learned to fly. Elmo then spent several years building experimental aircraft before retiring completely about three years ago.

A celebration of his life will be held at 2 pm Saturday, April 15, at Searcy-McEuen Funeral Home.

To order memorial trees or send flowers to the family in memory of Elmo Everett, please visit our flower store.