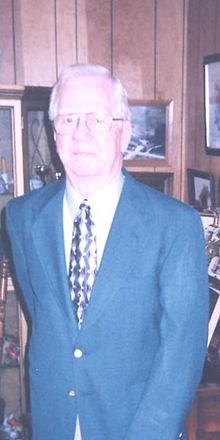 He is survived by his wife of more than 66 years, Wanda Greer LaFerney; one daughter, Mary Anne and husband, Benny Benson of Mt. Home, Arkansas; one son in-law, Roger and wife, Debbie Abbott of Broken Arrow, Oklahoma; six grandchildren; eleven great grandchildren; many nieces, nephews, cousins, and a hoot of friends.

He was in the U.S. Navy from June 1943 to August 1946. He joined the U.S. Air Force in 1950 and retired October 1, 1967 as a Tech Sergeant. He also served in World War II and the Korean and Vietnam Police Action.
He was currently the Senior Pastor at the Honey Hill Christian Union Church where memorials can be made to the building fund.

To order memorial trees or send flowers to the family in memory of Elbert L. "Bert" LaFerney, please visit our flower store.