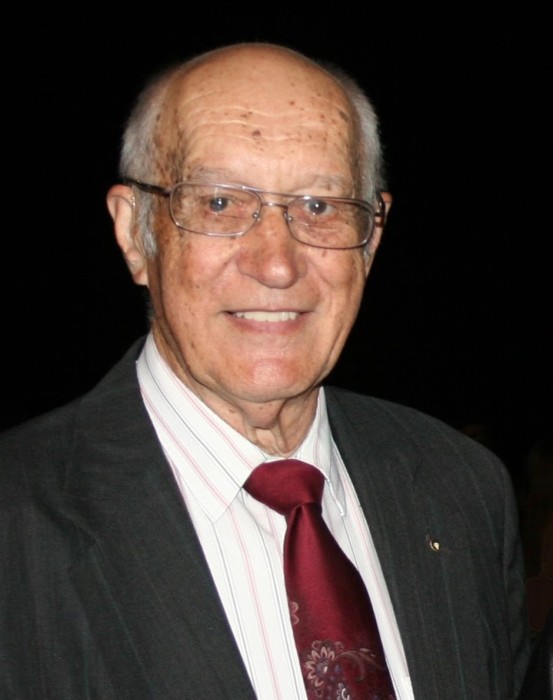 Doyle, or Mr. Slaten as he was known to thousands of students and employees of Foothills Vo-Tech, aka Foothills Technical Institute, aka ASU Searcy, was born May 25,1933, in Floyd, AR, to Elijah Marvin (E.M.) Slaten and Clarice (Coffey) Slaten a few minutes before his twin brother Donald. Although military service and employment took him far away, he left his heart in White County, specifically with his wife of 50+ years, Lavell (Weatherley) Slaten. They were married June 5, 1956, in the Panama Canal Zone where Doyle was serving in the US Army during the Korean Conflict.

Upon returning stateside, Doyle finished his degree from Arkansas State Teachers College in Conway, AR (now the University of Central Arkansas). He began his lifelong service in education as a history teacher in Humnoke, AR. After a short tenure in the Arkansas Legislative Audit, Doyle returned to education as the Assistant Director/Business Manager at Foothills Vo-Tech, where he oversaw the outfitting of the new school. In 1975, he became the President of that same school, a position that he held for 25 years. Mr. Slaten retired as President in 2000.

Along the way, Mr. Slaten completed his Master of Education degree from UCA and an Education Specialist degree from ASU, Jonesboro. More importantly, he became the father of two sons, Keith and Brad. In guiding both of his boys to become Eagle Scouts, Doyle and Lavell both were presented the Silver Beaver, the highest award for distinguished service that can be granted by a Boy Scout Council.

Doyle was an active member of the Gideons International, served for many years in the Searcy Lions Club, and was an avid Razorback and Dallas Cowboy fan.

Above all, Doyle was a faithful Christian. He served the Pleasant Grove Cumberland Presbyterian Church, in Floyd, as an elder and as Sunday School teacher, following in the footsteps of the previous teacher, his father. At the time of his death, Doyle was a member of Floyd United Methodist Church.

In lieu of flowers, memorials may be made to the Gideons International or Floyd United Methodist Church.

To order memorial trees or send flowers to the family in memory of Doyle Freeman Slaten, please visit our flower store.