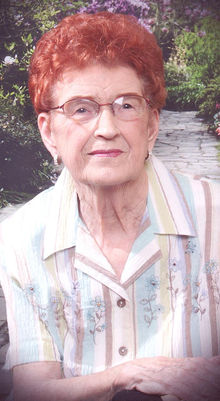 In addition to her parents she was preceded in death by her husband, James Robert Kennedy; one brother, Donald Abbott and his wife, Grace.

Memorial services will be 10:00 a.m. Monday, April 6th at St. James Catholic Church in Searcy under the direction of Father Robert.
Inurnment will be at Altus Cemetery, Tuesday, April 7th in Altus, Arkansas.
All cremation services have been entrusted to Searcy-McEuen Funeral Home.
Share a Memory: www.SearcyMcEuenFuneralHome.com

To order memorial trees or send flowers to the family in memory of Doreen Marie Kennedy, please visit our flower store.