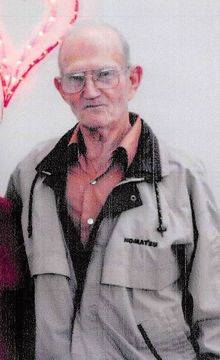 Donald Odell Harris, 89, of Searcy, passed away Thursday, August 18th at the Arkansas Heart Hospital in Little Rock. He was born May 3, 1927 to the late Herbert Columbus Harris and Elsie Adair, in Havana, Arkansas.

He was a member of Foster's Chapel Missionary Baptist Church.

In addition to his parents, Donald was preceded in death by his wife, Josephine Harris; one son, Donald Lee Harris; and one sister, Barbara Jean Bennett.

All funeral arrangements have been entrusted to Searcy-McEuen Funeral Home.
Share a Memory: www.SearcyMcEuenFuneralHome.com

To order memorial trees or send flowers to the family in memory of Donald Harris, please visit our flower store.