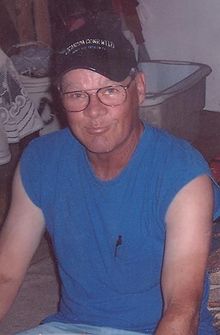 David Harold Watkins, 61, of McRae passed away January 23, 2015 at the VA Hospital in Little Rock. He was born December 23, 1953 in Kokomo, Indiana to the late James and Geraldine DeVall.
David of the Baptist faith; he was also a United States Air Force Veteran. He was an avid hunter and fisherman. He was a truck driver who loved his job.
He is survived by his wife, Norma Watkins of McRae; two sons, Gary Watkins (Misty) of Pangburn, and Brad Fuller (Maranda) of McRae; three daughters, Tonia Hundley (Scott) El Paso, Arkansas, Amanda Newman of Judsonia, Arkansas; three brothers, Lloyd Watkins of Pleasant Plains, James Watkins of Rose Bud, and Johnny Watkins of Searcy; one sister, Linda English of Iuka, Mississippi; eleven grandchildren and one great grandchild.

Visitation will be from 5:00-8:00 p.m. Tuesday, January 27th at Searcy-McEuen Funeral Home.
Graveside services will be held at 10:00 a.m. Wednesday, January 28, 2015 at Howell Cemetery.
Share a Memory: www.SearcyMcEuenFuneralHome.com

To order memorial trees or send flowers to the family in memory of David Harold Watkins, please visit our flower store.