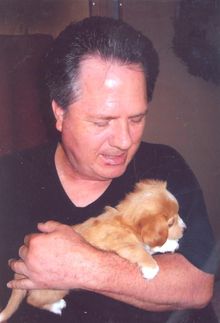 Eligia Charles "Chuck" Foshee, 66, of Des Arc passed away Tuesday, December 08, 2015 at Des Arc Nursing and Rehab. He was born March 4, 1949 in Searcy, Arkansas to the late Eligia and Catherine (Cain) Foshee.
Chuck was a member of Church of Christ Des Arc and attended Gospel Mission Church of Des Arc. Chuck is a retired industrial manufacturer in Illinois. He moved to Griffithville, Arkansas in the 1970's. Chuck was born physically challenged but was never disabled. He suffered a stroke and was a resident at Des Arc Nursing and Rehab for greater than ten years of his life.
Left to cherish his memory are five sisters, Karen Churchwell Stephens of Griffithville, Arkansas, Patricia Solberg of Indiana, Sarah McVey of Texas, Wanda Smith and Brenda Lynn both of Searcy, Arkansas; four brothers, John Foshee of Indiana, David Foshee of Illinois, Darrell Foshee and Paul Foshee both of Griffithville, Arkansas; numerous nieces, nephews, and friends from all over the United States.
In addition to his parents Chuck was preceded in death by four sisters, Juanita Gentry of Des Arc, Stella Foshee of Griffithville, Thelma Parente and Connie Birdwell of Searcy.
Visitation will be from 6:00-8:00 p.m. Wednesday, December 9th at Searcy-McEuen Funeral Home.
Funeral services will be held at 11:00 a.m. Thursday, December 10th at Searcy-McEuen Chapel with burial following at Welcome Home Cemetery.

To order memorial trees or send flowers to the family in memory of Chuck Foshee, please visit our flower store.