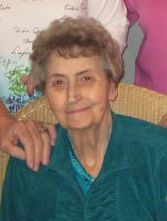 Bonnie McPherson Withem, 88, of Texas formally of Searcy passed away Friday, June 20, 2014. She was born February 17, 1926 to the late Walter and Ola Hayes McPherson in Bay, Arkansas.

Bonnie and Wilburn had lived in the Searcy area for 30 years and were very active in the Lightle Senior Center.

Bonnie was preceded in death by her husband, Wilburn Withem; two sisters, Imagene Brustol, and Geraldine Barnett; and one brother, Randall McPherson.

To order memorial trees or send flowers to the family in memory of Bonnie McPherson Withem, please visit our flower store.